A R Rahman's "Pray for me brother" speaks about his thoughts..

Really great thoughts by the great man.
Posted by Vikram at 11:43 AM 1 comment:

Even A R Rahman's "Pray for me brother" speaks about this thoughts..

I just noticed as you open A R Rahman's latest single "Pray For Me Brother" CD Box you read the following messages
Our world spends 736 billion every year on WAR
Our world spends 130 trillion every year on WEAPONS OF MASS DESTRUCTION
This can provide food, shelter & clothing for all the people in the world, 20 times over
Our world needs a prayer
Really great thoughts by the great man.
Posted by Vikram at 11:41 AM No comments:

"Eklavya - The Royal Guard " - Movie Review - Do watch it for actor's Performances....

So another movie, with a host of stars ranging from the Big B, Sanjay Dutt, Saif Ali Khan , Vidya Balan , Boman Irani etc... but do they actually deliver ? to some extent yes.
In short Eklavya is a story about a Royal family taking the background of Rajasthan and talks about the various aspects of jealousy, betrayal , conspiracy etc. This movie to some extent be branded as a thriller but in the end, its filled with emotions (Luckily this movie is not flooded with many songs, but only a single song that lasted for 2 minutes).
Filmed in a total of 105 minutes Eklavya is a brave attempt at breaking the traditional formula of Hindi films movie making. The cinematography against the Rajasthani background is breathtaking. The movie actually takes you into a Rajasthani palace and after some time you start feeling a part of it. The background music is good but the main aspect which holds the attention of the viewers all the time are the splendid performance of the various actors. It seems that Vidhu Vinod Chopra has developed a knack for extracting the best out of its actors. Amitabh Bachan is good in the title Role "Eklavya" where he gives up almost everything to guard the Royal Palaces. Boman Irani as the king is good but we have seen better performance from him. Saif Ali Khan is definitely the highlight of the movie, as the heir to the palace carrying on his role with complete chutzpah. In the end Sanjay Dutt though has a small role in the movie but does pull it out to perfection.
Some of the scenes in the movie also have a lasting effect on the viewer to name a few - the scene of Amitabh Bachan aiming at the pigeon is one of the best Hindi movie scene I have seen for a long time. In addition just before the interval Amitabh's attempt to save the "Rana" from attack is also worth a watch.
Another good concept in the movie is challenging the act of Eklavya (i.e. cutting his right thumb as Guru Dakshina for Dronocharya). Instead the movie emphasised the fact that "whatever your heart and mind feels is right should be your religion" which I feel is quite relevant in the current times.
So where does the movie fail ? In spite of being a short movie the first half drags at time. Also after watching the movie though I enjoyed it but felt a little something missing in terms of punch and power. But all in all it's a very brave attempt by Vidhu Vinod Chopra and is definitely worth a watch.
Rating 3.5 / 5
Posted by Vikram at 9:34 AM 1 comment:

Hmm.. so after almost 15 months of juggling around with Nokia 6021, I finally decided to go for a new mobile phone partly because it looked quite old (but probably the real reason was that I got bored of it). So what better way to do so, than by getting the same as gift from my dear wife :-).

So after a day of browsing on net, and visiting 3-4 shops we finally settled for Nokia 5300 Xpress Music (http://www.nokia.co.in/nokia/0,8764,98256,00.html) for Rs 11,400. The contents of the package besides the customary mobile, battery and travel charger were a 256 mb miniSdCard, Stereo Headset, Data Cable for attaching the mobile to the PC , CD and a 3.5 mm earphone adapter. The first impression of the phone is that while not slid open its quite compact, and you can do most of the music operations and some of the dialing functions in the same manner. Of course for dialing in some numbers or typing some characters you need to slide down the phone to open the keypad. Contrary to the expectations the sliding operation was quite good. So all in all has this been a good buy ? Following are my observations after using the phone for a couple of days....

Some Glitches in the Phone

Overall, looks a decent handset to buy with the price tag it holds. 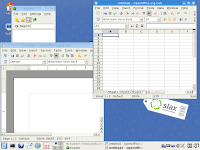 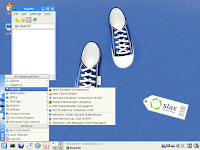 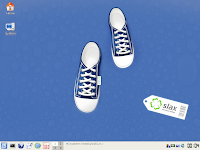 A couple of flyovers open on Delhi - Gurgaon NH-8 highway amid chaos and confusion.....

So finally the day had arrived. As I was going to office in my car, I noticed that on a couple of flyovers temporary gates decorated with flowers had been deployed. So the time had finally come for the Radisson flyover in Delhi, and the Udyog Vihar flyover in Gurgaon to be inaugurated by some VIP.
Dreaming of a smooth drive in the evening I headed for office screaming to almost everyone in the way that the "Drive back home today evening, is going to be a drive of the lifetime....". Only I know how i passed my time in office eagerly waiting to drive on the brand new expressway which would been opened by now.
Leaving office at 6:30 in the evening, I had no idea that instead of a smooth 40 minutes drive back to my place what lay ahead of me was a bumpy ride back home haunted by dust, madness and yes LOTS OF TRAFFIC. Yes you heard me right "LOTS OF TRAFFIC". Putting it candidly after a couple of flyovers were opened on the Delhi - Gurgaon NH 8 expressway for me the travelling time increased by 30-40 minutes, and I was able to reach home only at around quarter to nine. Blame it partly on the bottlenecks formed due to opening of new expressway stretches. Nevertheless the major blame goes to the people driving on the roads, who have absolutely zero driving sense, unknown about the concept of lanes on the roads. In addition they seemed to have a certain hatred towards red color so that every time they see a red light they feel its right to JUMP it.
Adding to the woes is the pace on which the work is being done on the highway, and the new routes which are formed, blocked everyday. In fact going home every day on the expressway one never knows what route are you gonna take. Reminds me of the punchline of one of the famous software companies "Where do you want to go today ?"
Anyways what I have learnt since my childhood is that "Life is for the fearless", and keeping that in mind I would take the same expressway going back home today, not fearing the various challenges which might turn up my way. Do wish me "All The Best".. as I really need it and possibly deserve it tooooo.......
Will post my today evening's experience with you as soon as I reach back home today.
Updates - Exactly a week later
After the initial teething problems, it does seems that the couple of new flyovers which have recently opened up, on Delhi Gurgaon NH-8 expressway do provide some relief to the commuters esp. in the non - office hours. The commuting time during these hours has come down to 25-35 minutes, and even during the peak hours the time taken from office to my home (approx 27 kms now) is a max of 1 hour. So a bit of relief or I guess maybe a trailer of the big dream (i.e. from my home to office in 25 minutes any time of the day) ahead. India is truly shining in some aspects. :-)
Updates - Three weeks later
Some more good news now. Travelling time in the morning (even during the normal traffic hours) is down to an average of 35 minutes compared to about 60 minutes a month ago. In addition during the evenings also, it take around 60-70 minutes to reach back home. So all in all all this wait has been worth the effort :-)
Posted by Vikram at 1:47 PM No comments:

Hmm... so what have I got myself involved into now ? Linux on a pen drive!!! Actually while working on my Open Source Research paper, I came across a wonderful site http://www.pendrivelinux.comwhich basically has quite a good tutorials for installing full fledged Linux on USB Pen Drives starting from capacity of 128 MB.

This looked quite interesting to me, and the power of carrying your OS with you wherever you go sounded really good. Without wasting any time I ordered for a 2 GB Pen Drive(Transcend Jet V30) for about 1500 Rs from E-Bay, which surprisingly arrived in less than 36 hours at my place. Within a few minutes I was able to install Damn Small Linux (DSL) on my pen drive, which barely took about 60 MB disk space on my flash drive, leaving the rest for my file storage.

Tonight I am planning to install slax (Based on slackware Linux http://www.slax.org) on the pen drive. If it works all I would need to do is just stick in the USB pen drive into a computer and make it boot through the pen drive instead of the hard disk... and vroom.. you would be able to enjoy Linux.... Now who says installing Linux is a tough task?????

Update 01 5th Feb 2007 - Managed to install Slax on the pen drive very smoothly and it works great. Also managed to save the settings on the USB drive (like adding users, other users preference etc.) . The best way to do so on your usb drive would be to write the following command
configsave /mnt/sdb1_removable/slaxconf.mo
where sdb1_removable is the name of your USB drive. After this is done everytime during startup and shutting down, it would ask for the loadig/saving the user settings for Linux.

(check out this link, it would give you the complete details of the same - http://www.shewbox.org/?cat=9


Disclaimer
Kindly try all the above action mentioned above at your own risk. I would not be accountable for any data/hardware loss occurring due to following my suggestions/comments.
Posted by Vikram at 3:27 PM No comments: